What can you see in your mind’s eye when you hear the word microalgae?

Not the seagrass, slippery under your feet in the sea for sure, not the edible seaweed used in Asian cuisine either. The only thing microalgae share with these familiar multicellular algae species is that both thrive in water.

About three and a half billion years ago, the Earth, shrouded in dense gas clouds and vapours and covered with ancient oceans, sprouted microscopic seeds of life. It is them we call microalgae today. For the one billion years to follow they flourished, likely being the only form of life. Slowly, microalgae conquered the Earth, producing a new gas – oxygen – the environment in which over thirty million different species evolved. Today, microalgae sustain the beginning of the global food chain. END_OF_DOCUMENT_TOKEN_TO_BE_REPLACED

We founded THE GOLDEN APPLE with the idea to provide high quality healthy products with scientifically proven properties at reasonable prices. Achieving the high quality we are aiming at took us years of research of raw material producers. Today we can proudly say we made it. All our products are natural and pure. This means that for their production no artificial fertilizers, pesticides or herbicides have been used. They are dried using the most sparing methods possible, which guarantees the preservation of a high percentage of vitamins, minerals, amino acids and pigments.

END_OF_DOCUMENT_TOKEN_TO_BE_REPLACED

THE POWER TO MOVE

Imagine a six-foot-tall man swimming upstream, including against ten-meter high waterfalls for a week, and so covering 170 kilometres upstream without a break. For salmon, that seven-day upstream marathon is not a problem. Its ultimate goal is to reach its native lake high in the mountains. How is this extremely athletic achievement possible? Salmon makes it thanks to the astaxanthin it feeds on. The pink colour of its flesh is also due to it. Because of the astaxanthin it contains, salmon meat is considered extremely healthy. END_OF_DOCUMENT_TOKEN_TO_BE_REPLACED

ENZYMES – INSPIRATION FOR THE BODY

Have you ever wondered what stands behind the Eskimos’ excellent health? The fact is that generations of Greenland Eskimos had never suffered from a number of known modern society diseases such as high blood pressure, high cholesterol, cardiovascular disease, cancer, kidney stones, etc., before they started eating cooked food. Their name derives from the word “eskimasen” that the Indians used to call their northern neighbours, and means “people who eat raw meat”.” Generations of Greenland Eskimos ate raw meat and fish exclusively. Their health deteriorated after changing their eating habits – a number of diseases appeared, and their life expectancy got greatly reduced. END_OF_DOCUMENT_TOKEN_TO_BE_REPLACED

Since our products stimulate the stem cells and the natural processes in the body, they have a beneficial effect on all organs and systems. Here’s what they will do  for your brain : END_OF_DOCUMENT_TOKEN_TO_BE_REPLACED

Since our products stimulate the stem cells and the natural processes in the body, they have a beneficial effect on all organs and systems. Here’s what will happen with your digestive system:

The absorption and processing of food is of key importance to our health. That is why we created two unique products that support the whole process – EnzSpiru makes easier the work the stomach does and Sinbiotic helps the intestines. END_OF_DOCUMENT_TOKEN_TO_BE_REPLACED

Since our products stimulate the stem cells and the natural processes in the body, they have a beneficial effect on all organs and systems. Here’s what they will do for  your immune system :

All our products balance the immune system. Our overall health depends on a well-functioning, well-balanced immune system. It should be strong enough to fight infections, viruses and cancer cells, but also it should be balanced so as not to cause allergies and autoimmune diseases. END_OF_DOCUMENT_TOKEN_TO_BE_REPLACED

HOW IT ALL BEGAN

At the beginning of life, every one of us was a single stem cell – a fertilized egg. Such a cell has the potential to create a whole organism. Division after division, embryonic stem cells have the ability to build every single organ of our bodies.

ENERGY FOR THE BODY

Spirulina is the most wide-spread type of blue-green microalgae; its properties as the most complete known food source from nature have been widely acknowledged. THE GOLDEN APPLE’s Spirulina platensis contains 100% pure organic Spirulina. Its quality is guaranteed by the most prestigious quality and organic production certificates. It is the only Spirulina on the global market included in the USP. It comes with Naturland, ECOcert, USDA, GMP, Star K Kosher, Halal and HASP certificates. THE GOLDEN APPLE’s organic Spirulina platensis is the result of thirty years of tradition in blue-green microalgae cultivation. END_OF_DOCUMENT_TOKEN_TO_BE_REPLACED 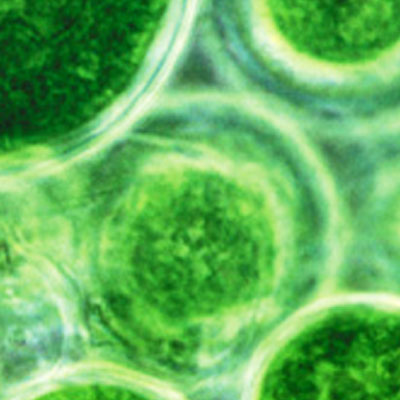 Chlorella contains a unique combination of substances to promote human health. It is rich in amino … END_OF_DOCUMENT_TOKEN_TO_BE_REPLACED

Imagine a six-foot-tall man swimming upstream, including against ten-meter high waterfalls for a … END_OF_DOCUMENT_TOKEN_TO_BE_REPLACED

Since our products stimulate the stem cells and the natural processes in the body, they … END_OF_DOCUMENT_TOKEN_TO_BE_REPLACED 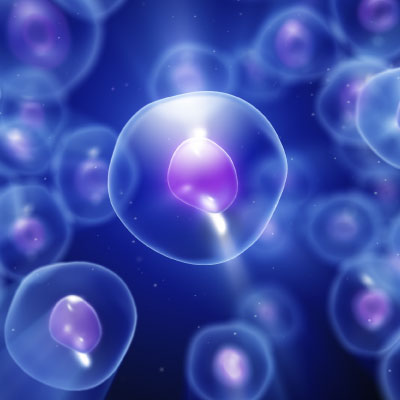 At the beginning of life, every one of us was a single stem cell – a fertilized egg. Such a cell has … END_OF_DOCUMENT_TOKEN_TO_BE_REPLACED